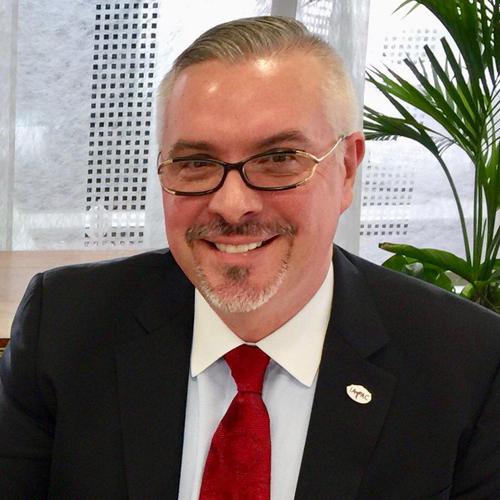 Dr. José M. Zuniga is the President of the International Association of Providers of AIDS Care (IAPAC)

Talks covered by this speaker

Dr. José M. Zuniga was appointed President of the International Association of Providers of AIDS Care (IAPAC) in 1999 after having served as IAPAC’s Vice President for Programs, charged with advancing the association’s medical education and technical assistance initiatives. Prior to joining IAPAC, Dr. Zuniga served was Director of Strategic Communications at the AIDS Action Council in Washington, D.C., following his military service in the U.S. Army, including combat duty in the Persian Gulf during Operations Desert Shield and Desert Storm that earned him a Combat Medical Badge.

Dr. Zuniga’s earned a Master of Public Health (MPH) degree in Health Policy, and a Doctor of Philosophy (PhD) in Human Development and Social Policy. He lectures at several academic institutions; has been published in various journals; authored thematic chapters for four books; and edited four thematic books – “The HIV Pandemic” (Oxford University Press [OUP], 2006); “Decade of HAART” (OUP, 2008); “Advancing the Human Right to Health” (OUP, 2013); and “Avoiding AIDS Armageddon” (OUP, 2021). He is Editor Emeritus of the Journal of the International Association of Providers of AIDS Care (JIAPAC), and he serves on the Editorial Advisory Board of the International Journal of HIV/AIDS Prevention, Education, and Behavioural Science.

Dr. Zuniga is an IAPAC Trustee, a technical consultant for the Collaborative Institute of Virology, and a member of the Joint United Nations Programme on HIV/AIDS (UNAIDS) Scientific and Technical Advisory Committee. He is one of the co-signers of the Paris Declaration on Fast-Track Cities and spearheads IAPAC’s efforts as the core technical partner for the Fast-Track Cities Initiative. Dr. Zuniga routinely advises United Nations health agencies, including the World Health Organization (WHO) and its regional offices, as well as bilateral institutions such as the US President’s Emergency Plan for AIDS Relief (PEPFAR). He is a member of the American Public Health Association (USA), the National Hispanic Medical Association (USA), and senior associate member of the Royal Society of Medicine (UK).

Your logo could go here!

If you'd like to get your brand in front of attendees following the categories this speaker is talking about (on this page, via email and during each talk) contact us.
We use cookies This website (and some of its third-party tools) use cookies. These are important as they allow us to deliver an exceptional experience whilst browsing the site.